Technology is progressively evolving, and at times it can be pretty daunting to differentiate between a web design vs web development. Although web design and development are closely interconnected, there is a marked difference between these two roles. The article below discusses the primary differences between the two roles.

A website designer is primarily described as a graphic artist whose primary role is to design the layout, visual appearance, and usability of a site. On the other hand, the web developer is involved in building and maintaining the core structure of a site.

In a nutshell, the developers help build the core structure of a website using some coding languages such as JavaScript, HTML, Python, and PHP. At the same time, the designers are involved in visually creating the website and making it more user-focused. You can classify the developers as the primary construction workers while the web designers are the architects.

What is the role of a web designer?

A web designer has a variety of roles and responsibilities. Primarily, their leading role involves creating the layout and other visual aspects of any website. Their ultimate role is to ensure that the website is user-friendly and visually pleasing to encourage visitors to stay longer on the page.  A web designer uses software such as Photoshop to ensure that the website’s visual elements are customized. Additionally, they use codes such as CSS ( Cascading Style Sheets) and HTML to make website designs creatively.

Web designers can also be classified into three categories:

Their primary role is to ensure that the website is attractive and appealing. They make use of typography and creativity to ensure the site has appealing color schemes. Visual designers are also involved in solving various design issues on the website.

They are responsible for crafting various graphical elements such as CTAs and forms. They are very creative and ensure they design a website that your target audience will enjoy as they conduct comprehensive research on the website requirements and users’ demographics.

The UI designers focus on improving how your visitors interact with various elements and interface on the website. Their primary role is to translate multiple sophisticated brand ideas and ensure that the website is straightforward to navigate.

The main difference between UX and UI is that the UX designers are involved in researching how to build a good foundation of a website that will enhance a positive user experience. On the other hand, the UI designers’ primary focus is on the aesthetics of the website.

What are the job requirements of a web designer?

A web designer should possess a set of skills to ensure they enhance the user-friendly and visual appearance. Some of the most important skills include:
• CSS and HTML knowledge
• Understand various principles of web design
• Responsive web design
• Design tools and software
• User journey mapping
• Conversion Rate Optimization
• Wireframing and prototyping
• Typography and branding

What is the role of web developers?

The front-end developers are also referred to as the client-side developers and are primarily involved in the coding and programming of the visual elements of a website. They code the website using software such as HTML, JavaScript, and CSS to create things that the site’s visitors can see. Thus, they have coding skills and build frameworks that the site users can interact with.

The back-end developers create the core structure of a website. They are experts in creative programming by incorporating some complex software languages such as SQL and Java. The design they conduct is not visible to the users. In summary, the main goal is to create functional and logical websites incorporating various programs.

The full-stack developer’s primary job is to code the front and back end of a website. Primarily, they are a complete package in web development and are experts in all areas.

What are the job requirements of a web developer?

If you wish to be a successful web developer, it is essential to possess various technical skills in developing the framework of a website. Some of the most critical skills each website developer should have include:
• Comprehensive understanding of coding and programming languages
• Search Engine Optimization
• Testing and bugging
• JavaScript frameworks
• Content Management Systems

The difference between web design vs web development

The most significant differences between Web design vs web development include:
• Web designers focus on the visual appearance and usability of the website, while developers tend to focus on structure and functionality.
• Web designers help to creatively determine the ideal and visual effect of the website while the developers are interested in determining if the site is financially and technically possible.
• Web developers should have the technical knowledge and a complex understanding of various programming frameworks and languages. The web designer’s role does not require technical expertise and mainly involves creative elements of the site.

Web designers and developers play a very imperative role in creating and maintaining websites. Their functions are pretty interconnected, and while the developers are involved in creating the website’s framework, the designers are essential in ensuring the design and elements of the site are appealing and user friendly.

Rosa Creatives provides both web design and web development services to our clients, so they don’t have to go to more than one place for these services. Whether you need a new business website or even a re-design for your old website, we are here to assist you. We can schedule a strategy call with you to discuss how we can help your business grow.

We'd love to hear about your project!

To plan a no-pressure strategy call to discuss ways to successfully grow your business online, click below. 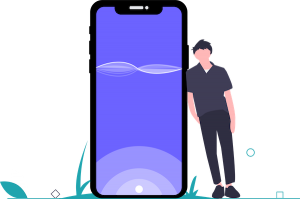